AVER > Blog > News > Electric cars: Half of all chargers in EU concentrated in just two countries 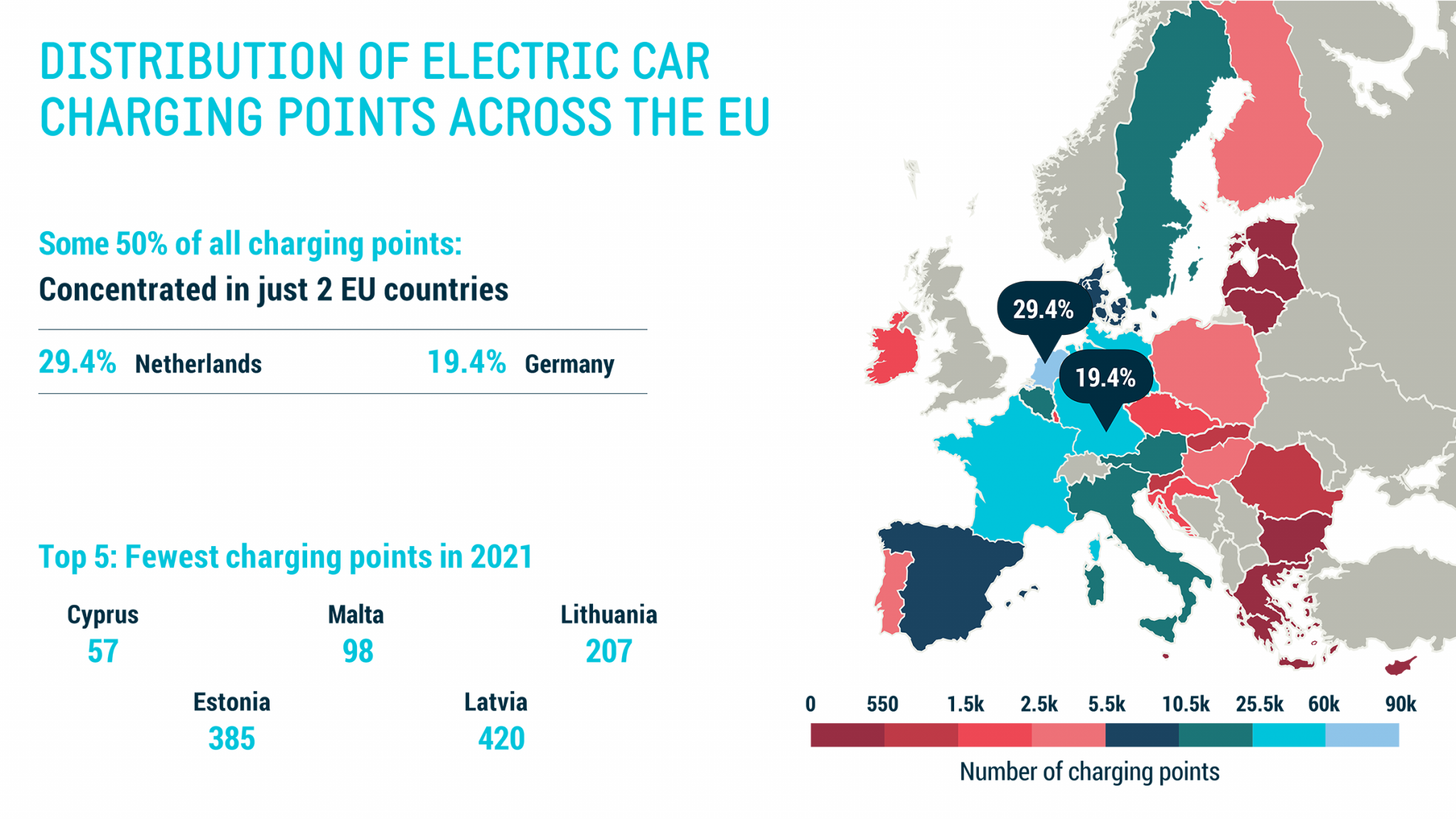 Brussels, 22 June 2022 – New data analysis from the European Automobile Manufacturers’ Association (ACEA) shows that half of all charging points for electric cars in the European Union are concentrated in only two countries – the Netherlands (90,000 chargers) and Germany (60,000).

These two countries make up less than 10% of the entire EU surface area. The other half of all chargers are scattered throughout the remaining 25 countries, covering 90% of the region’s surface area.

Although there has been a strong increase in the number of charging points in the EU over the past five years (+180%), the total number (307,000) falls far short of what is required.

To meet CO2 targets, sales of electric vehicles will need to pick up massively in all EU countries. A recent study shows that up to 6.8m public charging points would be required by 2030 to reach the proposed 55% CO2 reduction for cars – meaning that we need to see over 22 times growth in less than 10 years.

The Alternative Fuels Infrastructure Regulation (AFIR) – proposed by the European Commission last year – is meant to help address the situation. However, its ambition level is completely insufficient, says ACEA.

“While some countries are powering ahead when it comes to infrastructure rollout, the majority are lagging behind,” stated ACEA Director General, Eric-Mark Huitema. “The stark disparities demonstrate the need for strong AFIR targets that are harmonised across all EU member states.”

“We urge policy makers to reinforce AFIR so that it can achieve the aim of building up a dense European network of charging stations, spanning from north to south and east to west.”

Top 5: Countries with MOST chargers

Article by : Electric cars: Half of all chargers in EU concentrated in just two countries – ACEA – European Automobile Manufacturers’ Association