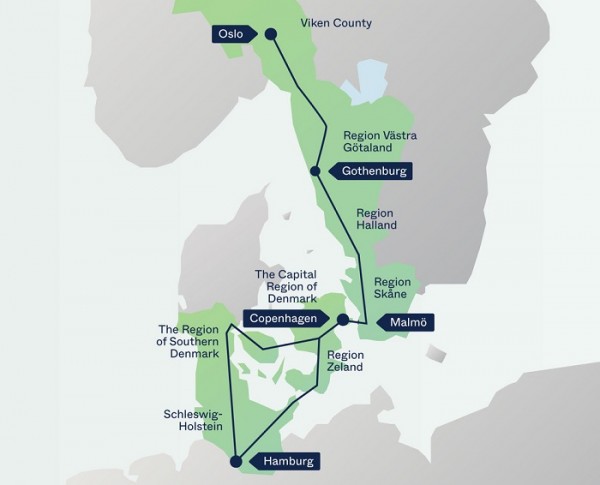 Four northern European states, Germany, Denmark, Sweden and Norway, have entered into a cross-border public-private partnership with six companies to invest in a series of hydrogen refueling stations between Hamburg and Oslo.

According to a study conducted at the launch of the “Greater 4 H” project, a hydrogen vehicle is powered in 5-12 minutes, making it possible to transport goods without the logistical challenges of loading trucks running on batteries. In addition, hydrogen vehicles are quiet and their only by-product is water.

“However, in order to make hydrogen-based fuels a reliable alternative to petrol and diesel, you need to make them available. By supporting the introduction of hydrogen vehicles by creating the fuel supply infrastructure, we offer the opportunity to end the era of fossil fuels and eliminate hazardous particulate pollution and CO2 emissions from the transport sector, ”said the project partners.

They applied jointly for European grants under the Connecting Europe Facility. “If approved, the project will accelerate the introduction of hydrogen vehicles throughout the megaregion and make northern Europe a global leader in the green transition of road transport,” said the initiators.

Everfuel, Hynion and GP Joule will build and operate refueling stations, while Quantron will supply the vehicles with hydrogen