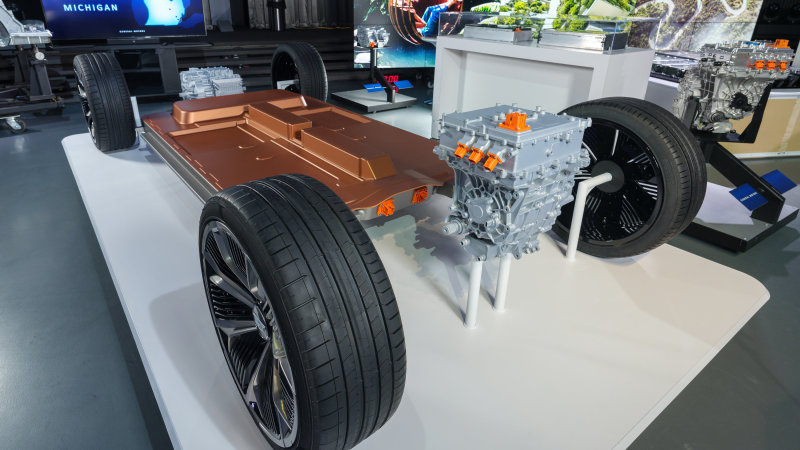 General Motors will rely on an “an almost completely wireless battery management system” for its upcoming electric car models. The company claims that the system should thus be much easier to adapt to new models from a common set of battery components.

GM worked with the company Analog Devices on what they call the wBMS (wireless Battery Management System). The aim is to help bring GM’s Ultium electric vehicles to market faster as development time for specific communication systems or wiring diagrams for each model should be reduced to a minimum. The reduction in wiring by about 90 per cent should also result in either lighter or higher energy density battery packs.

This complexity reduction is also to drive scalability as GM wants to use the Ultium technology in any vehicles, from heavy trucks to high-performance EVs.

“Scalability and complexity reduction are a theme with our Ultium batteries – the wireless battery management system is the critical enabler of this amazing flexibility,” said Kent Helfrich, GM executive director of Global Electrification and Battery Systems. He went on to say “The wireless system represents the epitome of Ultium’s configurability and should help GM build profitable EVs at scale.”

GM’s Ultium batteries are said to be flexible enough to incorporate new chemistry over time as technology changes, and the wBMS’ basic structure mirrors this adaptability. GM hopes that with expanded over-the-air updates, the system could be upgraded with new software-based features via smartphone-like updates in future.

The almost wireless system should also simplify Second-use applications. Unlike wired BMS’, the new system does not have to be replaced, GM said. “This can be done without a redesign or overhaul of the battery management system traditionally required in second-life usage,” according to GM communication.

However, there is one point that General Motors does not mention in the communication: how the wBMS would work together with the physical cooling system or how the cooling system can be adapted to different battery configurations.