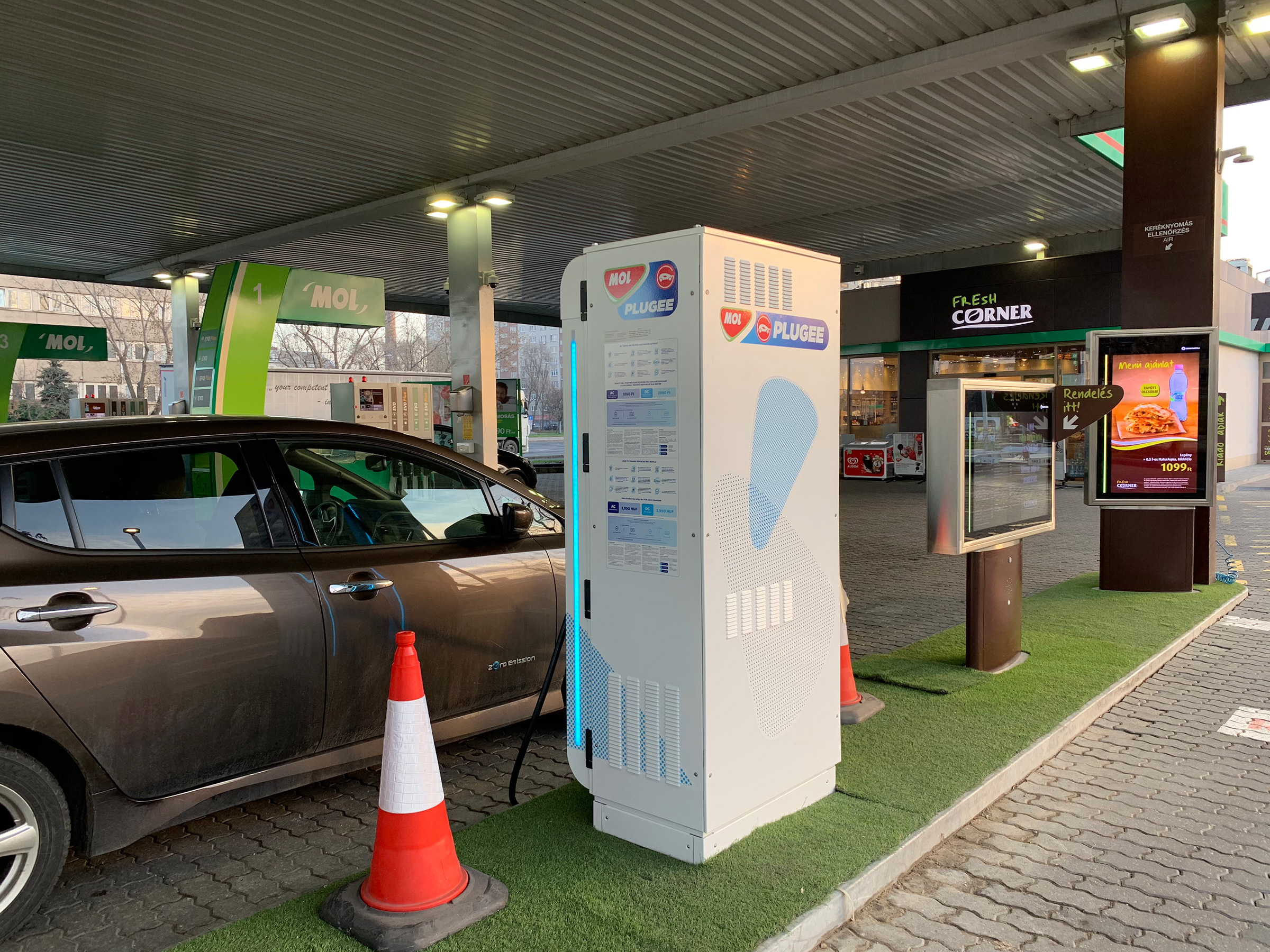 The mobile app allows EV users to charge at MOL gas stations in Romania also. Payment is made for an initiated session, one single charge, regardless of the electricity consumed or the time spent at the station.

The map of the MOL charging stations in Romania can be found here.

Besides the chargers on the map above (see link), MOL has others that are not included in the PLUG EE app because they are part of the NEXT-E project.

The first MOL electric car charging station was inaugurated in February 2018 in Bucuresti Nicolae Caramfil.
MOL Romania, together with E.ON, launched throughout the NEXT-E project the “electric highway” Iași-Tîrgu Mureș.

As part of the Next-E project, financed by European funds, through the Connecting Europe Facility (CEF) program. Through this project, 40 fast charging stations will be installed in Romania, of which 19 by E.ON and 21 by MOL Romania. They will be integrated into the future pan-European network of fast and ultra-fast charging stations for electric vehicles, which will include 252 units and will cross six countries in Central and Eastern Europe.
All 40 stations within the NEXT-E project (of which 19 will be installed by E.ON and 21 by MOL Romania) are located on the routes: Suceava-Bacău-Călărași, Constanţa-Bucharest-Timisoara and Iasi- Tîrgu Mureş – Alba Iulia. Through this initiative, the infrastructure of charging stations for electric vehicles related to the European strategic road corridors (TEN-T) will be complemented with the infrastructure of charging stations for electric vehicles in Romania, facilitating the road transport with low CO2 emissions and low impact on the environment.