AVER > Blog > News > ZOE indexed on the level of pollution

ZOE indexed on the level of pollution 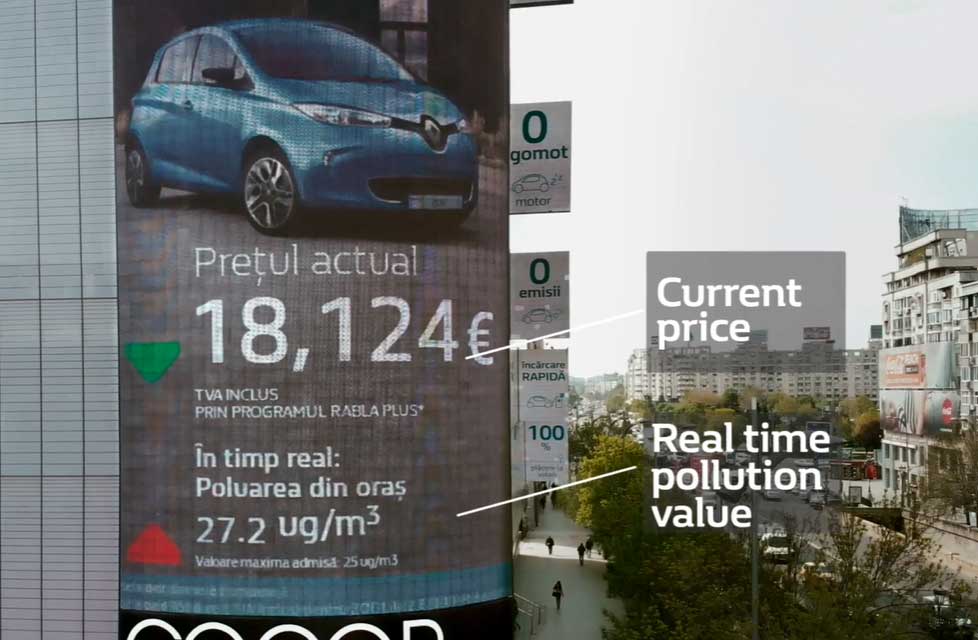 In Bucuresti the price of Renault ZOE indexed on the level of pollution.

Launched in Bucuresti, this advertising campaign adjusts the price of the electric car in real time according to the level of atmospheric pollution.

Key in the price of the Renault ZOE on the particle rate. Located in the heart of Bucharest, Cocor Shopping Galleries, this huge advertisement has something to say. Connected to a sensor – called disCO2utn – which measures pollution in real time, the panel updates every six minutes. The principle is simple: the higher the level of pollution, the lower the price of Renault’s electric car .

To benefit from the price displayed, customers must go on the internet before going to the dealership to formalize their order.

For Renault, the choice of Bucuresti is not trivial. Very congested, the Romanian capital is today considered as one of the most polluted cities of Europe .

Conducted by the Romanian branch of Publicis Group, the campaign was launched in the course of April. Widely visible in traffic, it would affect some 3 million cars per month.