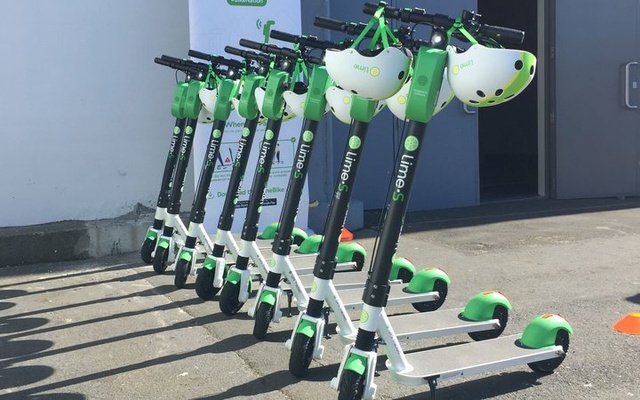 The US Lime startup, valued at over $ 10 billion, signs with the Bucuresti City Hall and enters Romania with a fleet of 1,000 trotters

The American LimeS startup, a service that allows renting trout and electric bicycles, estimated last summer to over $ 10 billion, will enter the Romanian market through a partnership with the Bucharest City Hall, currently prepared for approval, and a fleet of 1,000 electric trotters, located at all metro stations, in the adjacent public parking area, in all public parks and gardens, near most theaters, museums, libraries, as well as in promenade areas.

The lime S trotters will be limited to a maximum speed of 24 km / h, so no driving license is required.  Entrance to Romania is taking place in a context where last summer LimeS entered into a partnership with the American company ridesharing Uber, and Taxifiy entered Uber in Romania last autumn on the electric tricycle. Furthermore, co-founder Taxify recently told AVER that he was considering entering Romania and these electric trotters. Why is it important: Electric trotter rental services are booming, especially in the US. The most important players are the Lime and Bird startups, two unicorns with one of the fastest ascent and currently rated at over $ 10 billion each. Trotting and electric bicycles are on a strong upward trend in sales, making LimeS vehicles included in the Google Maps app.
Lime electric vehicles are produced in China on the basis of US company specifications, and the service is already available in more than 70 markets in the United States and Europe. By the summer of last year, Lime had invested $ 467 million in 18 months since its inception, and after the Uber-signed partnership, the startup went up to $ 1.1 billion. At this time, after other rounds of funding, the company’s value is estimated to exceed $ 10 billion.

The agreement provides for the Lime to be promoted in the Uber application, and the Uber logo to be attached to the Lime trotters and scooters. This is not the first time Uber does so. The same path was followed with the Jump Bikes electric bicycle company, which Uber eventually purchased with over 100 million dollars. Recently, Ford entered the market for electric trotter transport services with an estimated acquisition of $ 100 million.