2019 Auctions for Electric and Hibrid Buses 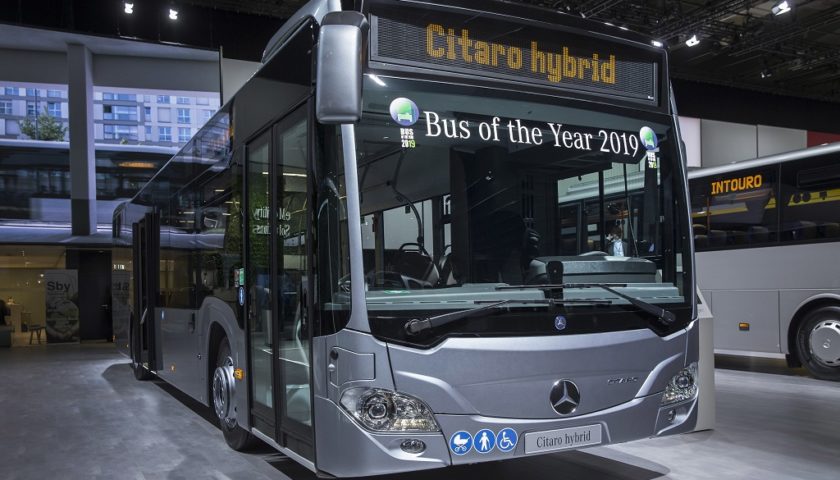 Bucharest City Hall announced the end of the bidding period for the 130 hybrid buses, the only offer manufacturer being Mercedes Benz, which produces the Citaro Hybrid, which was selected as Bus of the Year in 2019. Bucharest City Hall launched in the month of March auction for the “Purchase of 130 new Hybrid  All-In-One Buses by 12 meter, lowered floor, 3-door and air conditioner  ” estimated value 195 mil lei ( aprox 39 mil eur ). Delivery time is 19 months from signing the contract, the project being funded by the Environmental Fund Administration AFM.

In 2019 AFM has cut the funding for Buses due to the budget reduction.

The new buses will have a total warranty of 240,000 km or a minimum of 4 years, and extended warranty for another 4 years, or up to 480,000 km. As delivery time, 58 buses will be delivered in the first year, followed by 72 in the second year of the contract.

Recently, a tender was issued by the municipality of Baia Mare for hybrids with a lenghts of 12 and 18 metres, articulated trolleybuses and short electric buses. The lots were divided as follows: the first includes 21 city buses, 14 of which are 12-metre hybrids and 7 articulated; the second lot is made up of six 18-metre trolleybuses; the third one concerns six electric buses.